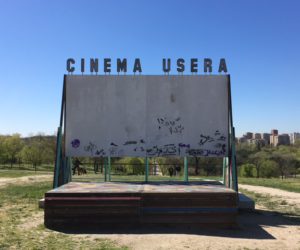 CCQO’s sociologist Louis Volont continues his fieldwork in Madrid. The question at hand: how can artists working within public space use the urban voids of their city and contribute, sustainably, to their urban commonwealth? The collective Todo por la Praxis provided access to various of their interventions such Cinema Usera (photo 1), Campo de Cebada (photo 2) and Esta es Una Plaza (photo 3).

Todo por la Praxis is a multidisciplinary laboratory for aesthetic and resistant cultural projects in public space. The team develops mirco-urban devices in order to reconquer public space for collective use. Todo por la Praxis’ micro-architectural tactics aim for the re-appropriation of space and for the empowerment of its citizens.

The Campo de Cebada is an urban experiment that has many lessons to offer for researchers, administrators and citizens. As the construction of a public swimming pool in the La Latina area was suspended, a vacant and sunken area of 5,500 square meters surrounded by an opaque fence was left in limbo. However, various local associations, artists, administrators and architectural collectives engaged in a symbiotic relationship and temporarily transformed the space into a commons: ‘the campo’. The campo now functions as a re-appropriated urban void, providing city space for cultural events, gatherings and open assemblies regarding the further sustainment, rules and uses of the installment. ‘Governing the commons’, Elinor Ostrom would say…

The research visit ended at Intermediae (an organization that mediates between the urban arts and the local government) and the Commons Lab (an interdisciplinary research group that aims to structure discourse, actions and activities related to the concept of the commons) 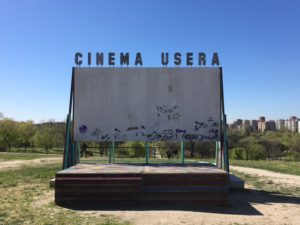 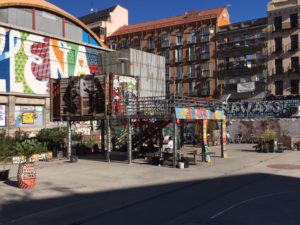