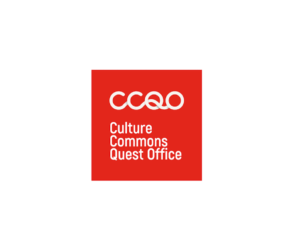 Large cities nowadays are challenged in their cultural policy by many oppositional developments. The field of art policy has changed immensely ever since the arts, as part of the welcomed and embraced creative industry, have been approached from an economic perspective. Although this perspective was, and by some still is, believed as the solution for the art sector to survive without in the end being dependent of the government, the autonomy of the artist, his practice and the intrinsic value of the arts for the city, which is a civil and a political one in the sense of giving form to society (Rancière, 2015) are at stake. According to Gielen (2016) the balance between four domains, needed for artists to be able to creatively contribute to city life in a sustainable way, has been disturbed. On the one hand, the institutions that (used to) protect the domains in which artists are able to artistically develop themselves and their practice (domestic and peers), and the domain in which artists can make their work public (civil), have changed heavily by the tendencies of globalization. The only domain that gained from these tendencies, seems to be that of the market, slowly intruding a market logic into the other domains.

In this study, it will be investigated how city policies deal with this unbalance and to what extent they are able to recover the balance and to bring the civil value of the arts and culture to the fore again.

The research of CCQO builds on the thought of Negri and Hardt (2009) that sustainable creativity needs a shared and freely accessible communality, referred to as the commons. It will be assessed if and how alternative artistic initiatives in several European cities try to build up their practice based on such a common. By interviewing these initiatives, it is and will be investigated how they manage (or not) to find the right balance in order to be able to respond to the cities appeal to their creativity. How do they relate to the city council and vice versa? What do they need from the city, other than financial means? And how can the city provide these needs? Casestudies (to be performed) are: Montaña Verde by Recetas Urbanas in Antwerp (2018), The Beach in Amsterdam, Kaapeli in Helsinki (within the Creative Europe project Cultural and Creative Spaces and Cities 2018-2020), De Toren van Babel by Rooftoptiger and city poet  Maud VanHauwaert in Antwerp (2019) and De Grond der Dingen in Mechelen (2019).

The final aim of the study will be to develop, via a comparative research approach, a new ideal-typical model (or models) for cultural policy in cities.