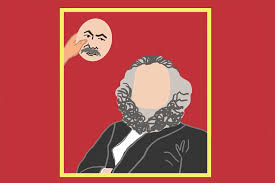 Can we move beyond identity politics?

Veem House for Performance welcomes Pascal Gielen to give a lecture in the week against racism about his upcoming volume The Arts of Ambiguity: Addressing and Understanding Monoculture (Valiz). In his plea for ambiguity, Gielen argues for a model that is based on so-called “commoning” politics. Joining Gielen will be several guests and performative contributions to be announced shortly.

Since the 1970’s art institutions and cultural infrastructures have been criticized by colonial and post-colonial criticism for their monoculture and uniform language. A solution was sought in a more multicultural approach in which multiple cultures were presented more equally. However, multiculturalism is based on an identity policy that takes harmony and consensus to easily for granted.

In his lecture, Pascal Gielen argues for a model that is based on so-called ‘commoning’ politics and dissent. It does not matter to smooth out or suppress conflicts and tensions, but to make them visible and ‘liveable’. Such a ‘commonist’ policy does not focus on identities, but on the democratic free keeping and releasing of common necessary sources, such as education, language, culture, but also labor, health care and housing. Such resources are the subject of continuous struggle and discussion. Cultural institutions could be the ideal platforms for such a politics of dissensus and ambiguity.