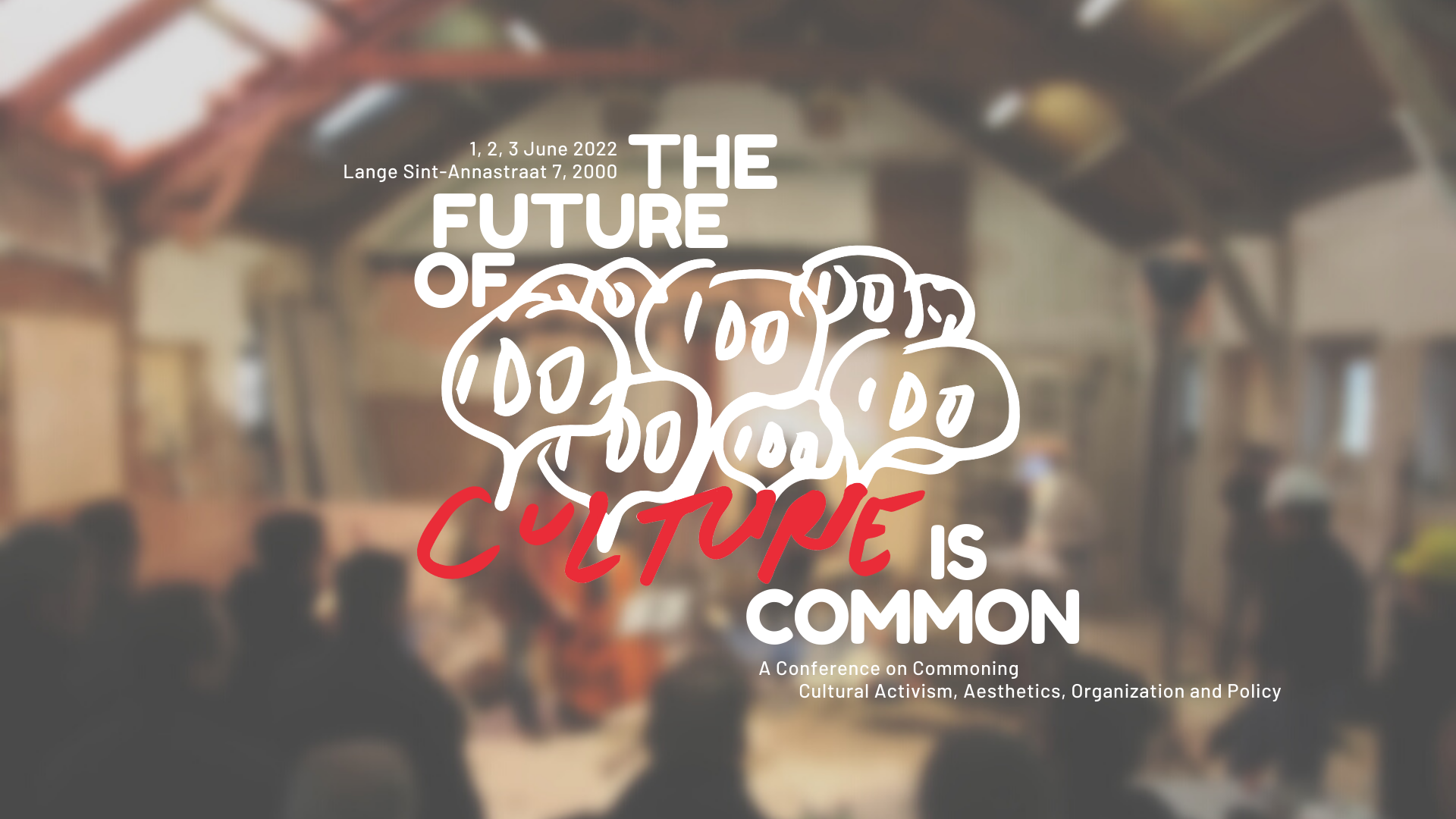 A Conference on Commoning Cultural Activism, Aesthetics, Organization and Policy.

The future of culture is common, or there will be no culture at all.

What would happen if we start considering culture as a common, and what would it entail to treat culture, and cultural production, in this light? In which ways do commons shape culture and vice-versa? What kinds of conditions would need to be in place for culture to thrive as a common?

These are only few of the many questions that will be investigated during this three-day meeting. Structured in four thematic clusters – ACTIVISM, POLICY, COMMONS ORGANIZATION and AESTHETICS – lectures, debates, workshops and artistic presentations will aim to deepen the knowledge around commons with the help of scholars, policymakers, activists, artists, cultural professionals, students as well as interested in cultural commons.