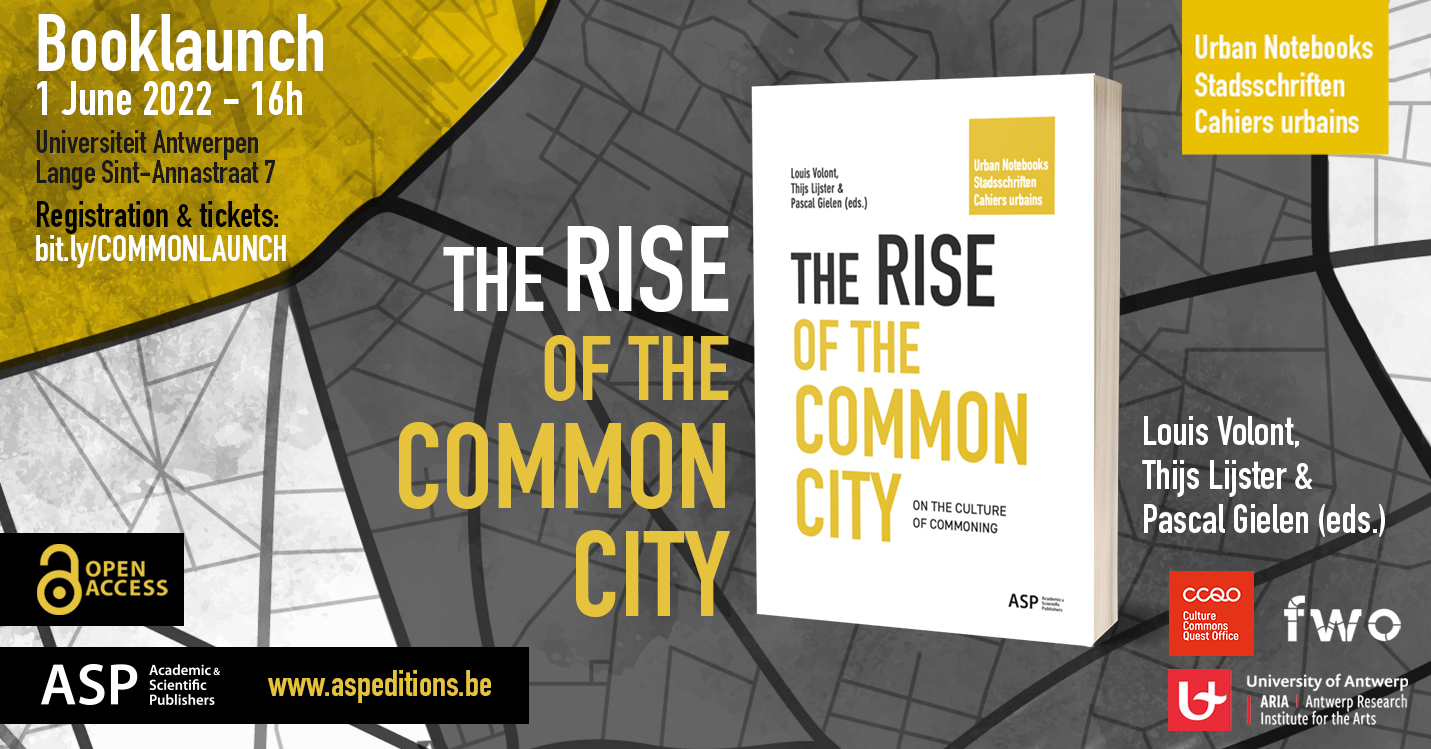 THE RISE OF THE COMMON CITY

ON THE CULTURE OF COMMONING

by Louis Volont, Thijs Lijster & Pascal Gielen (Eds.)Artists and creative workers have long been attracted to urban environments. Yet the ‘creative city’ of the 21st century comes with its own pitfalls. From precarity at the level of the worker to gentrification at the level of the city: the creative engine starts to sputter. Therefore, after or even against the creative city, this book explores the rise of the ‘common city’. What is the value of commoning for cultural practices in urban contexts? The volume defends the hypothesis that a common culture offers better guarantees of urban sustainability than a purely market- or government-driven culture. After all, cultural dynamics are only possible by sharing.

We understand culture in a broad anthropological sense, as a socially shared sign and meaning system through which urbanites can give meaning to their environment and their lives. Creative labour and artistic practices keep cultural dynamics alive by intervening in such processes of meaning. They can question, redraw or simply confirm meaning-making processes, habits, values and norms. That is why culture is too important to be left to the market and the government alone. Culture belongs to everyone.

The Rise of the Common City examines the value of commoning for culture, but also the value of culture for commoning. What is the culture of the commons? And vice versa, what strategies, norms and rituals do commoners use to define a common space between government and market? The book sketches answers to these questions through conceptual and empirical work, ranging from sociology and philosophy over urban and cultural studies to law and policy science.

If there is any conclusion to be drawn, it might be this: the future of culture will have to be common, or there will be no culture at all.

This book will be freely available in digital on OAPEN from the 26th of May 2022.