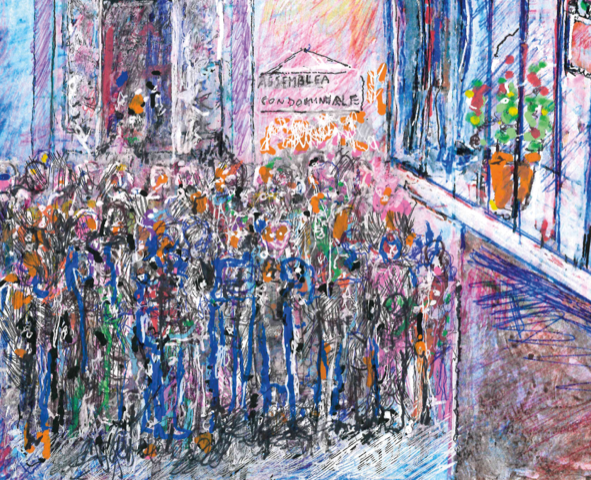 This dissertation focuses on the role that emotions play in the negotiations between top-down cultural policymaking and bottom-up cultural practices. The two key case studies are The EU Creative Europe programme, with its Audience Development (AD) priority, and the city of Naples, with its season of the commons. In both these settings, various forms of cultural participation and civil engagement are scrutinized. Starting from the performing arts sector, I explore the mutations of these participatory practices within a heterogeneous cultural ecosystem during the period of significant global change from 2008 to 2020.

An abductive methodology (by also adopting qualitative research techniques such as autoethnography) was used, which gradually enabled the close observation of the cultural, policy, and political actors’ behaviours in the field of inquiry. It revealed the key social, political, and transformative function of emotions in power relations; in formal and informal spaces of policy negotiations; in decision-making procedures, and in the transversal alliances between top-down and bottom-up actors. I have opted to call emotional clusters these temporary informal value-driven groupings I witnessed throughout my journey, where personal issues converge, aiming to critically react to the regeneration of neoliberalism and to co-imagine the pluralistic development of cultural policy or political programmes. Emotional clusters look like a form of social adaptation which constitutes the bases of unknown and renewed spaces of resistance that perform between hegemonic and counter-hegemonic realms. Emotional clusters have demonstrated the extent to which emotions can provide us with an innovative key to analyse cultural, policy and political processes. They can be seen as a symptom of a new phase, i.e., a post-global condition which I addressed through an empirical lens, focusing on the friction between global interconnections and hyper-localisms.

This thesis is divided into four main chapters and has been inspired by, and dedicated to, all those who still believe that battles over the ‘quality of (daily) life’ are necessary, timely, and unavoidable. This means re-politicizing the public realm, to actively collaborate in the co-creation of pluralistic democratic narratives and conceiving the cultural policy process as a lively and political matter. This dissertation shows that emotions are an intrinsic part of these processes.