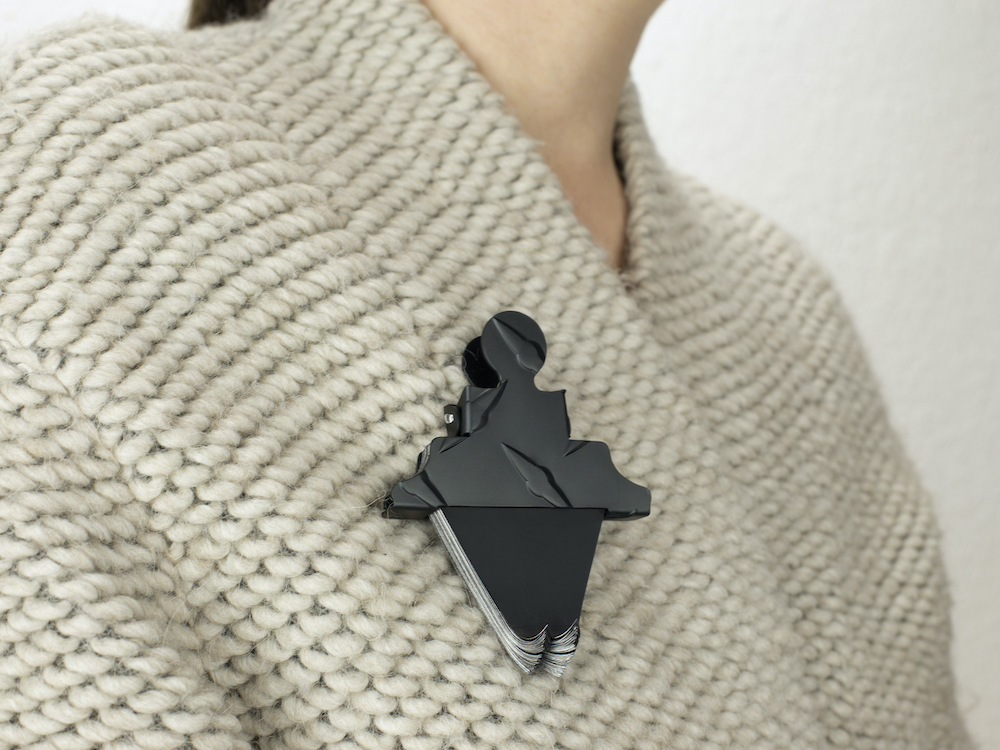 In ancient Greece, “Pharmakos” was a chosen individual, who was selected through common consensus by its community. The person was either sacrificed as a means of purification for the city, or it was ostracized away from the region. Its exile was perceived as a societal catharsis. It relates to the historical ritual of the ‘scapegoat’, which has come to mean any group or individual that innocently bears the blame for others in times of social conflict and crisis. The term derives from the Greek φάρμακον (pharmakon), which can act both as a remedy and a poison.

The research exhibition, “Pharmakos”, investigates this societal phenomenon through the lense of adornment. The starting point of the exhibition is the archival research conducted by the artist, mostly at the Bundesarchiv in Berlin. She looked at WWII administration letters where Nazi bureaucrats discussed the development of wearable signs used on human bodies in order to systematize their (id)entities in forced-labor camps. These badges conditioned diverse bodies according to the value system and hierarchical logic of the regime and its allies. Color-coded signs determined the unwelcome in society, or even distinguished the welcome.

While acknowledging similar locations of thought (re-emerging globally today) which attack self-determination once again, Vivi Touloumidi investigates adornment as an active agent to address social discomfort, repression, and marginalization in the public realm. Her work appropriates and subverts signs of stigmatization, employed during WWII, in order to propose anew wearable pieces that support a practice of creative resistance. These statement-pieces speak of resilience and emancipation of the female body and the social body.

Adornment is seen as an instrument of empowerment, articulating processes of becoming and existing otherwise.