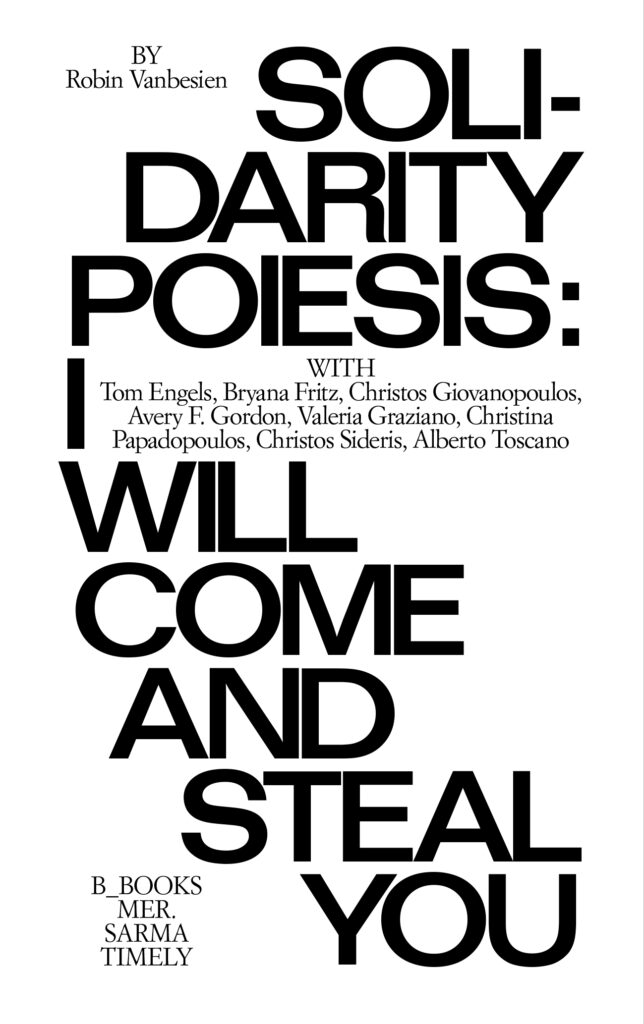 Solidarity Poiesis: I Will Come and Steal You

Nearly ten years ago, in 2011, a multiplicity of self-managed solidarity organisations, with mandates ranging from food provision and healthcare to education initiatives, emerged from the occupation of Syntagma Square in the heart of Athens, among other places across Greece. This book of essays and interviews discusses the multifaceted ideas and prospects of this grassroots movement such as prefiguration, self-governance and abolition democracy. The notion of ‘solidarity poiesis’ arises from an argument for a poetics that will transform social justice through new sustainable self-organized infrastructures.

This publication is a follow-up to ‘Under These Words (Solidarity Athens 2016)’, a film by Robin Vanbesien (2017).

The book can be purchased through b_books and MER. Paper Kunsthalle.